To share your memory on the wall of Whitney Scott, sign in using one of the following options:

Provide comfort for the family by sending flowers or planting a tree in memory of Whitney Scott.

Provide comfort for the family of Whitney Scott with a meaningful gesture of sympathy.

Whitney “Bear” Scott began his life journey on May 4, 1947 in Garyville, LA. He was the son of the late Virginia Duhe-Sarah and the late Marshall Scott. On July 19, 1980, Whitney married Yvonne Hansley.

Whitney enjoyed being surroun... Read More
Whitney “Bear” Scott began his life journey on May 4, 1947 in Garyville, LA. He was the son of the late Virginia Duhe-Sarah and the late Marshall Scott. On July 19, 1980, Whitney married Yvonne Hansley.

Whitney enjoyed being surrounded by those who knew him most. He enjoyed family and friends, mostly just clowning and passing time. “Bear” would have you laughing endlessly or until your side would start to hurt. He was truly a blessing to everyone. He had a very different way with words, if you can catch my drift. He held no punches, nor did he hold his tongue. We will truly miss his sense of humor.

Whitney realized that this earth was no longer his home and was called to be with his Lord and Savior Jesus Christ on Thursday, April 2, 2020.

Whitney is preceded in death by his parents Virginia Duhe-Sarah and Marshall Scott, brothers: Morris Sarah and Joseph Scott, and sister Joyce Weston.

To send flowers to the family or plant a tree in memory of Whitney Scott, please visit our Heartfelt Sympathies Store.
Read Less

Receive notifications about information and event scheduling for Whitney 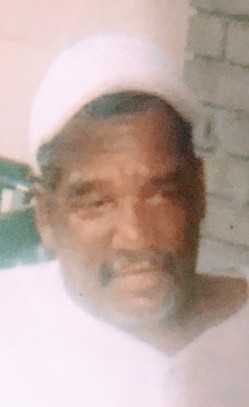 We encourage you to share any memorable photos or stories about Whitney. All tributes placed on and purchased through this memorial website will remain on in perpetuity for generations.