To share your memory on the wall of Rose Gordon, sign in using one of the following options:

Rose’s faith in God was formed at an early age. She was baptized in 1957 at the Highway Baptist Church by the late Rev. J. Emery. Rose was a faithful member of the Bell Baptist Church under the direction of the late Rev. Eugene Turner and Rev. Rodney Johnson, Sr. respectively and sang with the Senior Choir for many years. Rose worked at Boutte Christian Academy as an early childhood educator and after retirement enjoyed cooking, playing bingo, traveling, spending time with family, and talking on the phone with her sister-in-law Barbara Gordon, long-time friend Gwen Butler and her sisters. Rose was an amazing mother, grandmother, relative and friend. She was definitely an example of a Virtuous Woman of God and a bright and shining light to all who knew her.

She was preceded in death by her parents Clarence (Buddy) Simoneaux Sr. and Amelia Stewart Simoneaux, her husband Earl Gordon, her brother Sherman Simoneaux, and grandson Lorenzo Gordon.

“I have fought the good fight, I have finished my course, I have kept the faith.”
Timothy 4:7

Due to the COVID pandemic, a memorial celebration will be held in her honor at a later date.

To send flowers to the family or plant a tree in memory of Rose M Gordon (Simoneaux), please visit our Heartfelt Sympathies Store.

Receive notifications about information and event scheduling for Rose

We encourage you to share your most beloved memories of Rose here, so that the family and other loved ones can always see it. You can upload cherished photographs, or share your favorite stories, and can even comment on those shared by others. 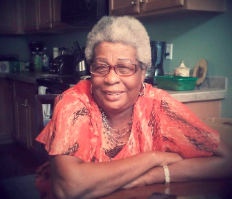