To share your memory on the wall of Robert Harris, sign in using one of the following options:

Robert was a 1968 graduate of St. James High School. He went on to further his education at Southern University in Baton Rouge, LA, where he graduated with a degree in Business in 1972. Upon graduating, he was employed by K-Mart in Ohio as a manager. After the passing of his mother in 1978, he returned home to manage the family’s business Marrero Daycare Center. Under his direction, the business name changed to Childhood Development Center, and it continued to thrive until its closing in 2002. After acquiring certifications in air-conditioning and refrigeration, as well as real-estate, Robert later went on to become an entrepreneur.

He was baptized by the late Rev. Freddie H. Dunn at the New Home Baptist Church, where he remained a faithful servant until his passing. Robert was a true sportsman, one who loved hunting.

He was preceded in death by his son Ernest Harris, his parents, his grandparents and one sister Gaynel Clark.

To send flowers to the family or plant a tree in memory of Robert Kenneth "Big George" Harris, please visit our Heartfelt Sympathies Store.

Receive notifications about information and event scheduling for Robert

We encourage you to share your most beloved memories of Robert here, so that the family and other loved ones can always see it. You can upload cherished photographs, or share your favorite stories, and can even comment on those shared by others.

Posted Nov 03, 2020 at 05:09pm
Family you all are in our prayers.
Kenneth will be missed.
Carlatta Cole and Danny A Jones
Gonzales, LA.
Comment Share
Share via:
V

Posted Oct 31, 2020 at 10:02pm
Kenneth was a wonderful big cousin we was brought up with my uncle Bonnie and my auntie Ruth RIP Kenneth
Comment Share
Share via:
GY

Posted Oct 31, 2020 at 05:43pm
Mrs. Sheila Jones Harris, and family. Please accept our deepest condolences for your loss. We were unable to attend the service but we are with y'all in spirit! I'm Kenneth's cousin. I wish you peace and comfort.
Comment Share
Share via:
HS

Posted Oct 30, 2020 at 01:04pm
Please accept our most heartfelt sympathies for your loss... Our thoughts are with you and your family during this difficult time. 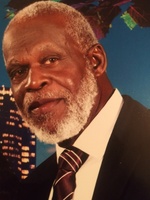