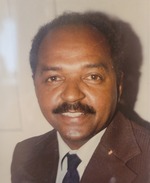 For I am now ready to be offered and the time of my departure is at hand. I have fought a good fight. I have finished my course. I have kept the faith. Henceforth there is laid up for me a crown of righteousness which the Lord, the righteous judge, shall give me at that day: And not to me only, but unto all them also that Love his Appearing.” ~ll Timothy 4:6-8

On May 29, 2021 at Baton Rouge General with his wife Vera by his side, Raymond Gene (Bridee) Landreaux transitioned from his home of work to a home of eternal rest after a long and faithful journey of 80 years. Raymond was born December 27, 1940. He was the second oldest of five children born to the union of the late Hillary Sr. and Wilberine Rybiskie Landreaux. He was baptized at St. Philip Catholic Church in Vacherie, LA. Raymond was a faithful Catholic his entire life, and was a parishioner of St. Philip Catholic Church. He faithfully attended church and received Communion until his passing.

In 1959, Raymond graduated from Magnolia High School, where he met the love of his life Vera Mae Paul, and on December 09, 1961 they were united in holy matrimony. Soon after, they moved to California. It took very little time for Raymond to gain employment at the 3M Pharmaceutical Company located in San Fernando Valley. His job title there was a Chemical Operator. Raymond and Vera made sure they visited their families in Louisiana, driving over 4000 miles round trip every summer. One of Raymond’s main hobbies was taking pictures. He had such great knowledge about different types of cameras and their lens. He would develop and print his own pictures. His pictures always looked very professional.

The high lights of Raymond’s life were that he loved his family and friends. He was always making plans for them to spend time with him and Vera in their backyard while he turned up the volume with good music. Everyone knew that he loved his music. Raymond also enjoyed fishing, hunting and watching his western movies. He would not rent movies. Instead, he would purchase all the movies that he liked. His movie collection had over a thousand movies.

Raymond was very good at cooking on the stove as well as on the grill. Whenever the family gathered together in their backyard, we knew that we were going get some of Brid’s good barbecue chicken, ribs & pork chops. In Raymond’s spare time, he also liked to draw. Anybody that knew Raymond knew that he always kept his cars clean and shiny, and after five years he would trade them in for something new.

After 42 years of employment at the 3M Company, Raymond and his wife Vera decided that he would retire. After his retirement and living in California for over 43 years, in 1998 Raymond and Vera decided to move back to Louisiana to spend the remaining years of their lives with family and friends. Raymond lived in Vacherie for 23 years until his passing.

A Mass of Christian burial will be held on Saturday, June 5, 2021 at St. Philip Catholic Church, 1175 Hwy 18, Vacherie, LA 70090. Visitation period will be held from 11am-1pm. Recitation of the Rosary at 12:30pm. Service will begin at 1pm. Interment to follow at St. Philip Catholic Church Cemetery. Final care entrusted to Treasures of Life Funeral Services, 315 E Airline Hwy, Gramercy, LA 70052.

Due to CDC (COVID-19) guidelines and restrictions, masks and social distancing are REQUIRED!!