To share your memory on the wall of Lorita Savoie, sign in using one of the following options:

Lorita was born and raised in Edgard, LA and resided there her entire life. On August 18, 1951 Lorita united in holy matrimony to Joseph Blaine Savoie Jr. to this union seven children were born: Marcia, Craig, Wanda, Tania, Rodney, Greta and Dale.

Lorita was known for her generous acts of kindness and great cooking skills. She loved serving her community, Council on Aging and her Senior Citizen club. She believed in lending a hand to whomever desired her services. She retired as a nurse’s aid from Ochsner and St. Charles hospitals. She also worked at St. Philip Catholic Church rectory.

To send flowers to the family or plant a tree in memory of Lorita Savoie (Miller), please visit our Heartfelt Sympathies Store.

Receive notifications about information and event scheduling for Lorita

We encourage you to share your most beloved memories of Lorita here, so that the family and other loved ones can always see it. You can upload cherished photographs, or share your favorite stories, and can even comment on those shared by others.

Posted Apr 14, 2020 at 03:01am
Ms. Alexander, reading all the great things about your mother gives everyone the history behind such a great family. May her memories be just what you need to make you all smile and may it bring you peace whenever you find yourself feeling down. May God keep you and strenghten you during the times and beyond.

Posted Apr 13, 2020 at 05:04pm
Marcia: My prayers and condolences are to you and your family. Be blessed and know that this too shall pass. The sun will shine again. Joyce Bethany
Comment Share
Share via:
MW

Posted Apr 13, 2020 at 03:13pm
Marcia, I am so sorry for your loss! My condolences to you and your entire family. God Bless
Comment Share
Share via:
SP

My thoughts and prayers are with you Tania. We give our deepest sympathies and condolences. Praying for the family. Love the Evans and Janice Coleman's Family 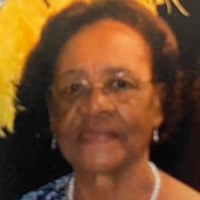