To share your memory on the wall of Leon Franklin, sign in using one of the following options:

Provide comfort for the family of Leon Franklin with a meaningful gesture of sympathy.

Print
“‘And I will give you shepherds after my own heart, who will feed you with knowledge and understanding.” Jeremaih 3:15

God planted a seed and on July 19, 1959 that seed was birth to Lubertha Williams and Oscar Franklin whom they lo... Read More
“‘And I will give you shepherds after my own heart, who will feed you with knowledge and understanding.” Jeremaih 3:15

God planted a seed and on July 19, 1959 that seed was birth to Lubertha Williams and Oscar Franklin whom they lovingly named Leon Franklin. Pastor Franklin was a man who loved life, family, people, his community, football, kids and his GOD. So, it was on Wednesday, March 18, 2020, God sent His angel to St. James Parish Hospital to harvest a life well lived by a man who loved God whole heartedly. Pastor departed this earthly land knowing that God had signed his name in the Book.

Pastor Franklin will be missed by all because he loved all. He had a jolly spirit on the inside and outside. Pastor always flashed his big smile and offered out kisses and hugs to everyone. A man who loved to eat never allowed a visiting church to leave Moonshine, LA on an empty stomach.

Due to the circumstances beyond the family’s control the family has planned a private service and ask that everyone accept their apologies. Your telephone calls, texts, prayers and social media presence are deeply appreciated. Please continue to pray for the family and St. Luke Baptist Church.

To plant a memorial tree in honor of Leon Franklin, please visit our Heartfelt Sympathies Store.

Receive notifications about information and event scheduling for Leon

There are no events scheduled. You can still show your support by sending flowers directly to the family, or planting a memorial tree in memory of Leon Franklin.
Plant a Tree

We encourage you to share your most beloved memories of Leon here, so that the family and other loved ones can always see it. You can upload cherished photographs, or share your favorite stories, and can even comment on those shared by others.

Posted Apr 21, 2020 at 12:40am
Franklin family,
God be you through this time of sorrow, remember the good times.
Carlatta Cole and Danny A Jones Gonzales, LA.
Comment Share
Share via:
LW

Posted Apr 16, 2020 at 09:50am
Rest easy Rev. You were a joy to work with over the years a heart of gold sending prayers to your family may God bless and keep them you will be missed. Lacy Oubre-Williams 🙏🏽🙏🏽🙏🏽
Comment Share
Share via:
RW

With a heartfelt wish that even in the midst of pain and sorrow, you will find comfort in knowing that your loved one lives forever in the presence of God. With sympathy and prayers. . .
The Woodland Family

Posted Apr 13, 2020 at 06:32pm
Rev I’ll always remember you as one of the most sweet and humble but oh so happy human beings ever alive! You were one of the brightest lights God put on this earth! I am truly humbled to have known you. God bless your family and comfort all who love you! God Speed my friend! Much love!!!!
Sarah Abadie
Comment Share
Share via: 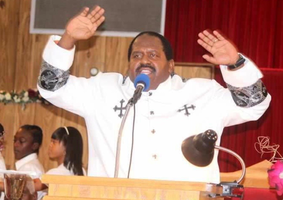 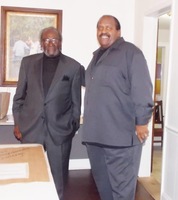 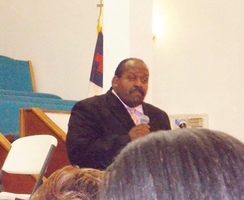