To share your memory on the wall of Lawrence Boudreaux, sign in using one of the following options:

Paulee was born on April 15, 1950 to the late Nellie Kennard Boudreaux of Mt. Airy, LA. and Wesley Boudreaux Sr., of Darrow, LA. He was a native of Gramercy, LA., one of his parent’s youngest children and the eleventh child of thirteen. He accepted Jesus Christ as his Lord and personal savior and was baptized at New Zion Baptist Church in Gramercy, by the late Pastor Versey Michael at the age of 18. He later was ordained as a Deacon at New Zion Baptist Church in 1977. Paulee was a true and faithful prayer warrior, where he would diligently pray, without any doubts, for anyone who was in need of prayer. Paulee was a proud brotherhood member. He was also the church Bus driver for many events including Vacation Bible School trips, and an active member of the church’s male chorus.

Paulee attended Colonial Elementary in Gramercy, LA, Cypress Grove Jr. High and earned his High School diploma from Cypress Grove High School, Lutcher, LA. Class of 1969. After graduating, he moved to New Orleans with family and furthered his education at Louisiana Barber College (LBC) in New Orleans, LA where he graduated and became a licensed barber. In his spare time, while living in New Orleans, he learned to play the bass guitar. Paulee would hold the spotlight at a local nightclub in New Orleans for famous people, such as: Legendary Al Hirt, Redd Fox and many more entertainers.

On November 24, 1979, Paulee was joined into Holy Matrimony to his devoted wife of 20 years and devoted friend of 42 years, Wanda Dorest-Boudreaux of Wallace, LA. To this union, four children were born, his hearts, whom he loved to infinity and beyond: Chloe’ Boudreaux-Lewis (Leonard) of Wallace, LA., Comaneshi Marie Boudreaux Laplace, LA., Lawrence Joseph Jr. and Joshua Paul Boudreaux Gramercy, LA. He loved spending time with his children, son-in-law and some friends of his children. Their favorite thing to do was “dining out at various restaurants” in and out of town!

On May 11, 2015, he was blessed with his one and only grandchild, his Pumpkin, Lawren Irielle Boudreaux of New Orleans, LA. He spoiled and loved her dearly until he left this earth. As a baby, Paulee would sing to her “Shout sister Baptist shout” also, naming her “Pumpkin” & The “Shack Bully”! Lawren thought her paw paw’s name was “Pumpkin” so she referred to him as “Pumpkin” from the moment she began talking. All we knew that both of them were called “Pumpkin”!

At age 16, he was the 1st African American to operate the camera at the “Gramercy Theater”, under the leadership of the late Phil Duncan. Paulee was a real true Entrepreneur at heart! He was one of the first African American males to own and operate his own dump trucks and trucking services in the early 80’s. In 1990, he provided transportation services using his own school bus, transporting residents of Wallace and Edgard, LA., who attended ITT Tech in St. Rose, LA.

Paulee opened his own barbershop here in Gramercy, locally known as the famous “Boudreaux’s Barber Shop” where he carried his skill and passion for 50 years to be exact. The barbershop was his own man cave, which was a one stop shop for hair cuts and snacks. However, the barbershop crew would never get enough of the rambunctious laughter, jokes and balanced conversations, making it hard for them to leave! Anybody who looked for Paulee after hours, could’ve found him selling his fresh “greens” or sitting at his favorite chill spot, “The Truck Stop” with the infamous “cracklings” and homemade pies for sale!

Paulee was a dedicated and former employee, holding the position of a maintenance millwright at Cargil’s grain elevator in Reserve, LA., a cement hauler at Lafarge Concrete in Gramercy, driver of Premier Chartered Bus lines, later known as Calco Bus Line Co. and a bus driver for the St. James Parish School System for 14 years.

Paulee was a loving and devoted father and grandfather. The memories he leaves were his concerns and protection for them, sharing knowledge, offering advice, riding off with his sons, whether it was out for a Mack dump truck run with Lb, visiting out of town business friends or grabbing breakfast, celebrating birthday’s, calling his daughters everyday, enjoying his daughter’s pampering shampoos and being a proud father of a U.S. Army man, his youngest son, Special Sgt. Joshua Boudreaux, who was recently stationed in Baghdad (Iraq). The baby of his family, his grand daughter “Pumpkin”, stole his heart from day one. He was her favorite playmate and she was his best store buddy! Paulee was a true family man, whom he loved with all his heart, with a great love for his many nieces and nephews, especially his niece Senecca Boudreaux, like a third daughter, whom he was very close with. They were each other’s comedians, visitors, road buddy and one call that’s all kind of friend! Sylvia and Annie always knew one thing, when Uncle Paulee would call, that it would be one call for the long haul! He was the rock of the Boudreaux family indeed. To those of us who loved him, and ache with his passing, will always and forever remember him by the titles he held: Father. Grandfather. Brother. Uncle. Cousin. Mentor and above all, a Friend.

Additionally, Paulee loved going to church, bible study, spreading the word of the gospel, cutting hair for the sick and shut in, making sure he had his nephew, Michael “Scag’s” hair taken cared of, spending time with his siblings, enjoying family picnics, hosting family gatherings at his home, making everyone laugh, purchasing automobiles, collecting antiques, barbering, traveling, fishing, hanging out with his son-in-law Leonard Lewis on the weekends, cooking and would definitely make sure, no one goes without a meal. Everyone who knew Paulee. They knew him for telling jokes, making people laugh uncontrollably, especially with his sayings such as: “Oh Man Please!”, “I’m the Mayor of Gramercy!”, “I’m the adult!”, “Look, listen to me!” and also, let us not forget, a true “Steelers” fan that wouldn’t give any Saints fans, such as his son Lawrence Jr., Courtney Baloney and buddy Kurt Becnel (Vikings) fan, not a chance to disrespect the “Steelers” in his home! Paulee knew someone everywhere he went and if he didn’t know them, they all knew him by the time he left! The world will long remember Paulee, whose name graces near and far; a champion for those who had none. He was made to be a giver by nature, his hands were born open and so was his heart. Though, there may have been times when his hands may have been empty but one thing for sure, his heart was always full and pure. Every story has four parts- the beginning, middle, almost ending and the true ending. This is his story. He’s now a true legend of Gramercy and has gained his crown of life!

“Blessed is the one who perseveres under trial because, having stood the test, that person will receive the crown of life that the Lord has promised to those who love him.”

“Fear none of those things which thou shalt suffer: be thou faithful unto death, and I will give thee a crown of life.”

To send flowers to the family or plant a tree in memory of Lawrence Joseph Boudreaux Sr., please visit our Heartfelt Sympathies Store.

Receive notifications about information and event scheduling for Lawrence

We encourage you to share your most beloved memories of Lawrence here, so that the family and other loved ones can always see it. You can upload cherished photographs, or share your favorite stories, and can even comment on those shared by others.

Posted May 11, 2020 at 04:55am
I will truly miss my dear friend,he was always there for me and would always tell me to never stop Praying.And he would always pray for me before we would hang up the phone,,,My heart is saddened by his passing,,,,
Comment Share
Share via: 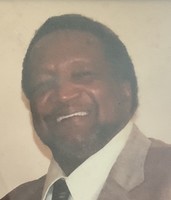