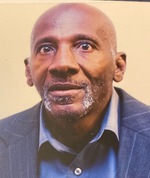 Kelvin L. Jasmin, born on May 3, 1952, passed away peacefully on Wednesday, May 27, 2020 at the age of 68. He was the son of the late Eugene Jasmin Sr. and Amelia Armant Jasmin of Vacherie, LA. Kelvin was also a native of Vacherie, LA. He graduated from Magnolia High School in 1970. He furthered his education and received his bachelor’s degree in Business at Southern University and A&M College in Baton Rouge, LA.