To share your memory on the wall of Joslyn Scott-Gastearl, sign in using one of the following options:

Joslyn Finis Jasmine was born on December 23, 1954 in New Orleans, LA to the union of the late Thomas "Papa" Jasmine and Lillian Sylvain Jasmine. She was baptized at New Jerusalem Baptist Church at an early age by the late Reverend C.A. Washington. She was always active in the church beginning in the youth choir and later joining the usher board where she served faithfully. She also served as the Director of the After-School Tutorial program. Joslyn, affectionately called Buddie, welcomed all into the house of the Lord with a smile and could always be found in the kitchen helping to serve guests for special programs.

Joslyn was educated in the St. John the Baptist Parish School System graduating from Second Ward High School in 1972. She was a proud Jaguar having graduated from Southern University, Baton Rouge in Education. Following graduation, Joslyn was employed by St. John the Baptist Parish School System, teaching at various schools within the parish. She retired after 35 years of dedicated service. Because of her dedication, years after her retirement, she returned to the classroom, first as a volunteer and later as a Prevention Specialist with Thoughts Before Actions, focusing on the social development of elementary/middle school children.

Joslyn was united in holy matrimony to the late Anthony L. Gastearl, Sr. on October 27, 2001. Prior to their marriage, she willingly accepted the role and became mother to Anthony L. Gastearl, Jr. preparing her for the subsequent birth of her son Kaliff Monte Gastearl. As much as Joslyn enjoyed being a mom, she cherished her role as grandmother to Naheim, Nalaeya, Kruz, Nasiah and Cassidy. She lit up whenever she heard "Nanna" as she was affectionately called.
Joslyn was an avid West St. John High fan, especially football and basketball. She rarely missed a game and could be heard clear across the field/gym. As much as she loved WSJH, she loved supporting family in sports, whatever school they represented. Just last month she travelled to Lake Charles to cheer her nephew's team, Hahnville High Basketball, in semi-finals.

As the baby of the family, Joslyn decided it was her job to take care of her siblings and became their self-appointed caregiver. She was very dedicated in the care of family members during critical illnesses and became the transport system for other family members' medical appointments. Following the death of her sister-in-law, Joslyn travelled to Maryland several times until she convinced her brother to move home so she could care for them as only she could. Taking care of people was second nature to her. Even though she only had two sons, she was MOM to many, welcoming them into her home and her heart.

She enjoyed cooking and being around family. Joslyn hosted the family's New Year’s Day celebration where any and everything could be found to eat. She lovingly prepared most if not all the dishes served and not only did you leave stuffed, you left with to go plates. She also enjoyed spending time with her friends and travelling. Joslyn never met a stranger, making lifelong friends along her journeys. She was Godmother to Elijah Jasmine, Stasha James, Nalaysha Wright, Ariana Bethancourt, Keri Groover, Patrick Johnson, Prentiss Anderson and Kerrion Williams.

Receive notifications about information and event scheduling for Joslyn

There are no events scheduled. You can still show your support by sending flowers directly to the family, or planting a memorial tree in memory of Joslyn Finis "Buddie" Scott-Gastearl (Jasmine).
Plant a Tree

We encourage you to share your most beloved memories of Joslyn here, so that the family and other loved ones can always see it. You can upload cherished photographs, or share your favorite stories, and can even comment on those shared by others.

Posted May 01, 2020 at 09:22pm
We offer our condolence wishes for the untimely loss of our friend, school mate both Second Ward Hi and Southern University. We pray to the Lord to bless and strengthen the Jasmine Family, during this difficult time. Wishing you all peace to bring you comfort, the courage to face the days ahead, and the loving memories to forever hold in your hearts.

Posted Apr 30, 2020 at 10:18pm
Carter Gordon
To the family of my classmate, Joslyn you have my deepest condolences. I'm praying for you'll. We have lost one
of our leaders in this class of 1972. Will be missed. Love you'll.
Comment Share
Share via:
GJ

Posted Apr 29, 2020 at 07:10pm
My deepest condolences to the family. Joslyn will be truly missed. High school graduation class 1972 and attended Southern University together. Many memories and truly a good friend. My prayers and love to you. Love Marilynn Oubre(T-NA)
Comment Share
Share via:
CD

I will miss her dearly!! She was mom to me!! She was always there for me in my childhood as well as in my adulthood. I send my condolences to the Jasmine family. You all are in my prayers. Love each and everyone of you all. May The Most High be your comfort at this time. From : Her daughter Connie Kelly Dumas!! 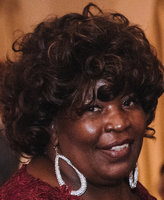