To share your memory on the wall of Joseph Hilaire, sign in using one of the following options:

Ponchie was a warm and gentle man known for his love for Christ. As a young boy he attended St. John the Baptist Catholic Church where he served as an altar boy. He was baptized on May 15, 1994 by Rev. Vernon Alexander at Greater New St. Peter Baptist Church. Continuing his Christian walk and furthering his Christian education, he went on to attend Union Baptist Theological Seminary. On August 18, 2000, he began to fulfill God’s calling when he was ordained as a Minister by Pastor Willie Smith with the Central Union Baptist Association. Once a Minister, he perfected his call of duties by keeping God first in everything he did. He ministered everywhere he went and to everyone he knew. His purpose to God was to save lives and win souls, a job well done by him.

In 2017, he retired after many years with Pinnacle Polymers. Once retired, he began to spend even more time with family. His wife, son, daughter-in-law, and his grandchildren brought much joy to his life. His relationship with his family was abundant. He was loved and well respected by his family and the community he served. He was always praying and encouraging his family to live according to God’s Holy Word. He took pride in caring for his parents and being an older brother to his siblings. His tone was soft and gentle, but his words were powerful.

To send flowers to the family or plant a tree in memory of Joseph "Ponchie" Hilaire Jr., please visit our Heartfelt Sympathies Store.

Receive notifications about information and event scheduling for Joseph

We encourage you to share your most beloved memories of Joseph here, so that the family and other loved ones can always see it. You can upload cherished photographs, or share your favorite stories, and can even comment on those shared by others.

Sharonne and Byron Clay sent flowers to the family of Joseph "Ponchie" Hilaire Jr.
Show you care by sending flowers

Posted Jul 20, 2020 at 10:05am
My thoughts are with you during this time. I am so sorry for your loss. Rev will be in our hearts and memories forever. We love you Mrs. Gail.

Posted Jul 18, 2020 at 12:29pm
We are thinking of you during this difficult time and cont to keep you and the family in our thoughts and prayers.

Posted Jul 18, 2020 at 12:27pm
Our deepest sympathy From The marines, civilians and contractors of MCTSSA (TRAVISS'S OTHER FAMILY)

Peaceful White Lilies Basket was purchased and planted a memorial tree for the family of Joseph Hilaire. Send Flowers 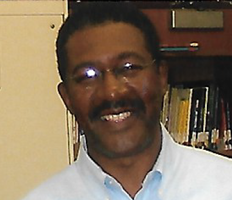