To share your memory on the wall of JaBarie Lewis, sign in using one of the following options:

Provide comfort for the family by sending flowers or planting a tree in memory of JaBarie Lewis.

Provide comfort for the family of JaBarie Lewis with a meaningful gesture of sympathy.

“Don’t spend too much time in mourning, tears are for the sad, I left to be with Jesus and my dad, this should make you glad.”

“Don’t spend too much time in mourning, tears are for the sad, I left to be with Jesus and my dad, this should make you glad.”

JaBarie L. Lewis was born on March 28, 2003 to the union of the late Jermaine L. Lewis Sr. and Delacy Lewis. JaBarie was the baby of the bunch and was truly spoiled with so much love. JaBarie accepted Christ at the age of 14 under the pastorship of Reverend Kevin Fredricks at Israelite Baptist Church in Lutcher, LA. JaBarie attended Lutcher High School until he departed this life.

JaBarie was a lovable child who had a smile that could brighten a room. He had a great passion for sports. His favorite sports were basketball and football. JaBarie had the pleasure of playing football for Lutcher High School, and playing basketball with the AAU Raptors, AAU Ambassadors and East St. James All Stars.

Uncle Barie will truly be missed by his five nieces Carter Nicolas, Jailyn LaBranch, Jermani Carcess, Novah Jenkins and Jayci Lewis. He will also be missed by his devoted cousins Tyrielle Joseph and Saige Grant, his teammates, and a host of relatives and friends.

He was preceded in death by his father Jermaine L. Lewis Sr., grandfather Donald Johnson and grandmother Doretha Lewis.

Receive notifications about information and event scheduling for JaBarie 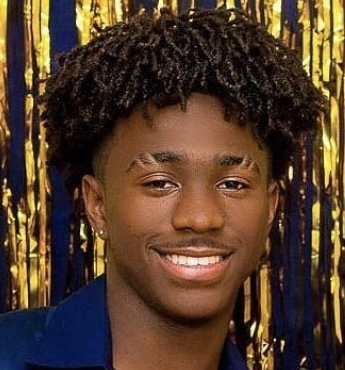 We encourage you to share any memorable photos or stories about JaBarie. All tributes placed on and purchased through this memorial website will remain on in perpetuity for generations.

Honor the life of JaBarie LynDez Lewis by planting a memorial tree.
Plant a Tree in Memory of JaBarie
Planted in the area of greatest need
TR

Rest in paradise Jabarie you have gained your wings.
Comment | Share Posted Aug 08, 2020 at 01:58pm via Condolence
LB

Sincerest of condolences on behalf of Elijah and our entire family. Praying that God will continually comfort and keep you and your family now in this time of sorrow and you lay your baby to rest and that He will be your comfort and calm in the midst of this pain. May you be comforted by the love of friends and family and especially by the fond and happy memories of all the lives JaBarie has touched. Condolences as well to JaBarie’s coaches, teammates and the entire Raptors family. ❤️❤️🙏🏾
Comment | Share Posted Aug 08, 2020 at 11:25am via Condolence