To share your memory on the wall of HENRY CLARK, sign in using one of the following options:

Print
Henry Joseph Clark departed this life on May 8, 2020 at Baton Rouge General after a brief illness at the age of 83 years old.

He was born in Gramercy, LA on December 13, 1937 to Mose and Arzelia H. Clark. Henry graduated in 1958 from Bo... Read More
Henry Joseph Clark departed this life on May 8, 2020 at Baton Rouge General after a brief illness at the age of 83 years old.

He was born in Gramercy, LA on December 13, 1937 to Mose and Arzelia H. Clark. Henry graduated in 1958 from Booker T. Washington Sr. High in New Orleans, LA, where he learned the fundamentals of carpentry.

In 1962 he began his carpentry career, moved to Chicago, IL and joined the United Brotherhood of Carpenters. After 32 years of working as a carpenter, he retired and moved back to Louisiana in 1994 to live out the rest of his days.

“When someone you love becomes a memory, that memory becomes a TREASURE!"
Read Less

Receive notifications about information and event scheduling for HENRY

There are no events scheduled. You can still show your support by sending flowers directly to the family, or planting a memorial tree in memory of HENRY JOSEPH CLARK.
Plant a Tree

We encourage you to share your most beloved memories of HENRY here, so that the family and other loved ones can always see it. You can upload cherished photographs, or share your favorite stories, and can even comment on those shared by others.

Posted May 16, 2020 at 12:04pm
Mr. Clark was my neighbor for 18years. He became more like a second father to me, i will remember and cherish all the moment we share together. My Prayer are with the Clark family.
Comment Share
Share via:
RS

Posted May 15, 2020 at 08:57am
Kris and I send our thoughts Darren and the entire Clark family. As carpentry was a passion of mine I am happy to see your father and I shared this love. Peace to Henry and your whole family Darren.

I am so sorry for your loss. Please accept my condolences. My prayers are with you and your family. Stephanie Osuji 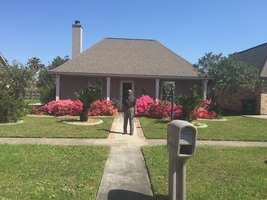 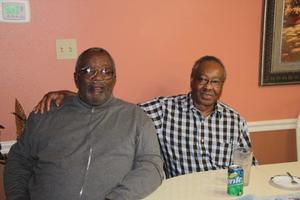