To share your memory on the wall of Grayland Allen, sign in using one of the following options:

Provide comfort for the family by sending flowers or planting a tree in memory of Grayland Allen.

Provide comfort for the family of Grayland Allen with a meaningful gesture of sympathy.

Grayland Terry Allen shed his earthly burdens and transitioned towards eternal peace and rest on Monday, April 13, 2020 at Our Lady of Lake in Baton Rouge, LA. All of our love and prayers could not persuade him to stay here. He chose to go and rest in the arms of his Heavenly Father.

Grayland affectionately known as “Gus” was born on November 20, 1953 to the late Wilbert Allen of Seattle, WA and Jewel Fields Allen of Gramercy, LA. Grayland was a devout Catholic. He was baptized at Sacred Heart in Gramercy, LA and a parishioner at St. Michael Catholic Church in Covent, LA.

Grayland was joined in matrimony to Cathey Tureaud Allen and was a devoted husband of 45 years. They were connected at the hip, as “Gus” would say, and in return Cathey would respond, "we’re Siamese twins". They were each other’s everything with an unspeakable bond. To this union four children were born; Courtney Alexander Allen, Brandy Allen Foreman, Grayland Eric Allen and Danielle Marie Allen.

Grayland was a dedicated and retired employee of Colonial Sugar Refinery/Louis Dreyfus Company. He was employed with the company for 41 years before his retirement. During his employment he formed many bonds and acquired a host of friends including; the late Mose Brown, the late Roosevelt Armont, the late Harold Goff, the late Lawrence “Potty” Pittman, the late T. “Blacky” Adams, and the late Wade. Also, Karen Howard, Emmitt, George Weber, Sr., Leonard Morris and Poncho Grow. The loving memories we have of Grayland “Gus” Allen will always be dear to our hearts.

Proverbs 16:9 The mind of man plans his way, but the Lord directs his steps.

Receive notifications about information and event scheduling for Grayland 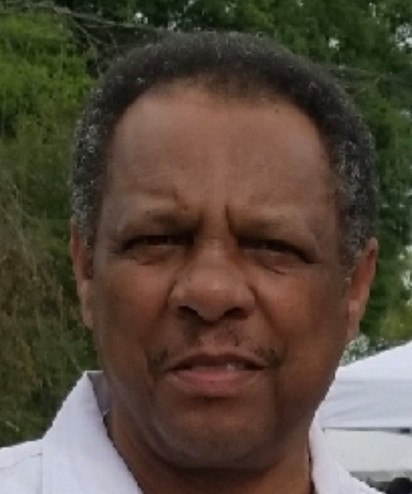 We encourage you to share any memorable photos or stories about Grayland. All tributes placed on and purchased through this memorial website will remain on in perpetuity for generations.

Honor the life of Grayland Terry Allen by planting a memorial tree.
Plant a Tree in Memory of Grayland
Planted in the area of greatest need
LO

Cathey, I'm deeply sorry for your loss! Sending my love to you all!

We're praying that the family and friends find peace through God during this time of sorrow! RIH Gus!
Comment | Share Posted Apr 20, 2020 at 06:16am via Condolence
JR

Cathy I am so sorry for your loss. My prayers and condolences are with you and your family. Your friend. Rodie Martin
Comment | Share Posted Apr 18, 2020 at 03:05pm via Condolence
MD

RIP Gus. You were my true teammate and friend in high school and we made tremendous progress in respecting each other's ways. Our deepest condolences Cathey. Mel and Erleen Duhon
Comment | Share Posted Apr 18, 2020 at 08:38am via Condolence