To share your memory on the wall of Frank Narcisse, sign in using one of the following options:

On June 23, 1956, Frank was joined in holy matrimony to his beloved wife of 63 years, Emma Steib Narcisse. They affectionately referred to each other as momma and daddy. He was a devoted caretaker of her when she became ill; very aware of and attentive to her needs.

Frank, also affectionately known as “Papa Frank” worked as carpenter for many years. He built his own home and was influential in helping many others build their homes. He was a jack-of-all-trades. He was also a whiz at figuring out how things worked and how to fix things that broke around the house. He worked as a shipfitter at Avondale Shipyard for 25 years and retired in June of 1995. Papa Frank loved fishing, gardening and hunting. He loved to take his boat out with his family and friends to trawl and fish. Friends and family have many great stories to share about these fishing trips. He took pride in his garden; friends and neighbors reaped the benefits especially when he grew okra. Papa Frank became a great cook once he retired and even added a second kitchen to his home.

He was a great debater and storyteller. Papa Frank enjoyed hanging out with others sharing his wisdom and challenging their thinking. He was a devout Christian man who had a strong belief in God. He was very protective of his family and loved them unconditionally.

It is an honor to have known and loved Frank Joseph Narcisse, a devoted husband, father, brother, friend and loyal man of God.

To send flowers to the family or plant a tree in memory of Frank Joseph Narcisse, please visit our Heartfelt Sympathies Store.

Receive notifications about information and event scheduling for Frank

We encourage you to share your most beloved memories of Frank here, so that the family and other loved ones can always see it. You can upload cherished photographs, or share your favorite stories, and can even comment on those shared by others.

The Family of Eddie and Marina Saul, Corwin Brown and Family, and other have sent flowers to the family of Frank Joseph Narcisse.
Show you care by sending flowers

Posted Jul 18, 2020 at 08:45am
My deepest condolences to the Narcisse family esp to my classmate Robin N. Woods. Lifting all of you in prayer. Rest well Mr. Narcisse
Comment Share
Share via:
TS

The Family of Eddie and Marina Saul

Posted Jul 17, 2020 at 06:50pm
We are thinking of y'all during this time. Our heartfelt condolences. Know that you are surrounded by love, always.

The Family of Eddie and Marina Saul purchased flowers for the family of Frank Narcisse. Send Flowers

Corwin Brown and Family purchased flowers and planted a memorial tree for the family of Frank Narcisse. Send Flowers 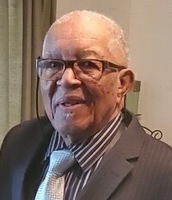