To share your memory on the wall of Eloise Stanford, sign in using one of the following options:

Provide comfort for the family by sending flowers or planting a tree in memory of Eloise Stanford.

Provide comfort for the family of Eloise Stanford with a meaningful gesture of sympathy.

Eloise Delores Stanford, affectionately known as “Ella”, by her family and “Candy”, by her late husband and close friends was born in Norfolk, Virginia on October 11th, 1919 to the late William and Emma Louise Macklin. She was the third of nine children born to this union. Eloise was baptized as a young child at Mount Olive Baptist church in Norfolk which marked the beginning of her fierce devotion to her faith which she enjoyed, practiced, and shared for the duration of her life. Eloise was educated in the Norfolk public school system and after graduating from high school she attended Norfolk State University and graduated with a Bachelor of Arts degree from Virginia Union in 1942. Eloise, a lifelong learner would later in life, pursue post-graduate work at several universities.

Shortly after graduating from college in 1942, Eloise met a sailor, Thomas Stanford and after a four-year courtship they were married in 1946. To this union a son, Thomas Burton Jr. and a daughter, Pamela Joan was born.

Eloise was a remarkable woman and nothing highlighted just how remarkable she was more than the path to her chosen profession. If anyone was ever born to be an educator it was Eloise Delores Stanford! She always knew she wanted to teach even as young child and when it came time to “play school” no one else could be the teacher – it was ALWAYS her! She “played school” with her siblings and when they grew tired of being “taught” and went off to other activities, there remained Eloise teaching under the Mulberry tree to the imaginary students she created! She went on to teach elementary children in three different school systems: Norfolk Public Schools; Detroit Public Schools and Columbus Public Schools, she taught generations of children in Detroit and Columbus how to read, before eventually retiring in 1982.

The arc of Eloise’s life was a pinnacle of achievement and incredible activity. While living in Columbus, Ohio, she was a devout member of the Christian Assembly Church where she taught in the children’s academy, volunteered in the food pantry, tutored and led an intercessory prayer group. Even at an advanced age, she remained active, volunteering at Columbus area homeless shelters nd stayed true to her calling as an educator by participating in the ‘I Know I Can’ mentoring program for over 20 years where she received local recognition for this activity; and just four years ago, at the age of 96, she was still driving herself to teach ‘English as a Second-Language (ESL) students!

Her other passion in life was her desire to see the world. As a world-class traveler, Eloise visited nearly every corner of the globe, her travels taking her to Egypt, Senegal, Morocco, the Philippine Islands, Tokyo, Hong Kong, Switzerland, Portugal, Paris, England, Belgium, Germany and the Holy Lands.

When she wasn’t wearing the hat of an educator or traipsing the world, she was an avid gardener of annuals and vegetables, frequented the gym three times a week and regularly attended weekly bible study classes.

Eloise also enjoyed the arts with a particular love of the opera and possessed a diverse appreciation for music that included a fondness for Andre Bocelli, Bob Dylan, Nat King Cole and Handel’s Messiah. She enjoyed playing the organ and piano. As she approached the setting of her extraordinary life, she reached the incredible milestone of becoming a centenarian this year by celebrating her 100th birthday this past October and was featured on the Today show.

Eloise was a kind, gentle spirit and dedicated educator. She was also an encourager, motivator, prayer warrior and possessed an unshakeable faith in God. These aspects often merged and she was once dismissed from a volunteer position working with the ‘I Know I Can’ program for proselytizing Christianity to her high school students who were participating in the program. Though she was encouraged to challenge the dismissal, she refused because she felt her faith and belief in God required no argument or defense. She labored in prayer and stood in the gap for her family, friends and for anyone who requested or required her prayers.

There was not a more devoted mother or grandmother than Eloise Delores Stanford.

She made her transition on December 3rd, 2019. Eloise was preceded in death by her parents; William and Emma Macklin, siblings; Willamena, Audrey, Thelma, Lilian, Dorothy, Clifford and Jean; her late husband, Thomas B. Stanford, nephew Otto Macklin, and her great grandson, Brandon Shelby.

To send flowers to the family or plant a tree in memory of Eloise Delores Stanford (Macklin), please visit our Heartfelt Sympathies Store.
Read Less

Receive notifications about information and event scheduling for Eloise 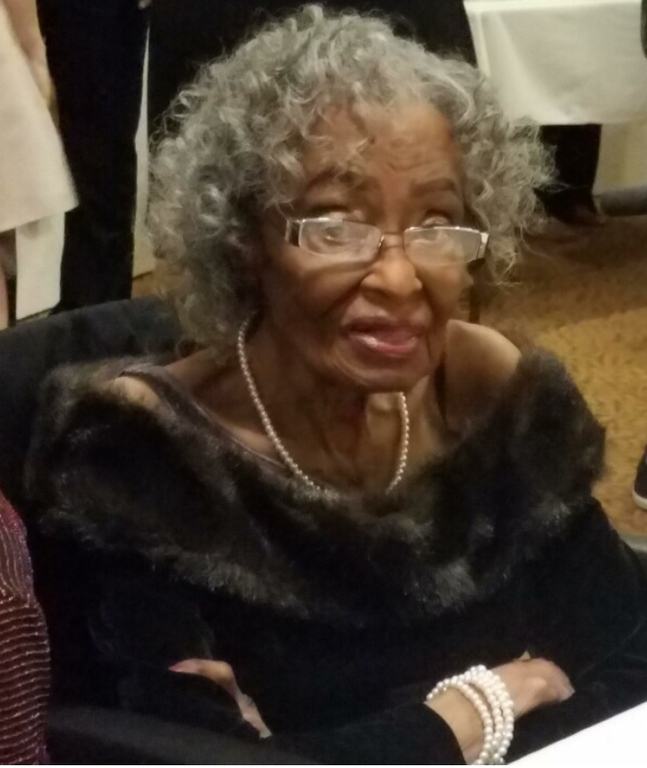 We encourage you to share any memorable photos or stories about Eloise. All tributes placed on and purchased through this memorial website will remain on in perpetuity for generations.

Teesha and family sent flowers to the family of Eloise Delores Stanford (Macklin).
Show you care by sending flowers
Hand delivered by a local florist

Teesha and family sent flowers to the family of Eloise Delores Stanford (Macklin).
Show you care by sending flowers
Hand delivered by a local florist
TF

Please accept our most heartfelt sympathies for your lossour thoughts are with you and your family during this difficult time.

Teesha and family purchased the Vivid Recollections for the family of Eloise Stanford.
Order Now | Show All
Comment | Share Posted Dec 12, 2019 at 09:38pm via Floral Arrangements