To share your memory on the wall of Edward Cosey, sign in using one of the following options:

Provide comfort for the family by sending flowers or planting a tree in memory of Edward Cosey.

Provide comfort for the family of Edward Cosey with a meaningful gesture of sympathy.

Edward met and one year later married the love of his life Bertha Eugene Cosey on February 27, 1947. From that union two daughters were born Debra Cosey Muskwe and Madelyn Cosey Sanchez. After working for over 30 years, Edward retired from Jahncke Construction Company.

He is preceded in death by his wife Bertha of almost 70 years, his parents, Delphine and Edward, brothers (sisters-in-law) Harrison (Lucille), William, John (Mary), and Thomas (Izora) and sisters Matilda Monroe and Beatrice Cosey.

As a faithful member of First House of Prayer Baptist Church, he served on the usher board, sang in the male chorus and later a member of Word of Life, BC in Maywood, IL where he faithfully served as an usher and enjoyed praying over the offering.

To send flowers to the family or plant a tree in memory of Edward James Cosey Jr., please visit our Heartfelt Sympathies Store.
Read Less

Receive notifications about information and event scheduling for Edward 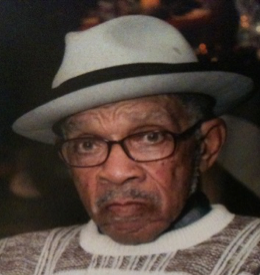 We encourage you to share any memorable photos or stories about Edward. All tributes placed on and purchased through this memorial website will remain on in perpetuity for generations.

Our thoughts and prayers are with you. God bless you and your family. Love, Raymone, Mrs. Calhoun and family.

Raymone Hinton purchased flowers for the family of Edward Cosey.
Order Now | Show All
Comment | Share Posted Nov 15, 2019 at 11:19am via Floral Arrangements