To share your memory on the wall of Diana Dumas, sign in using one of the following options:

Print
Diana was called home to eternal rest on Monday, April 27, 2020. Diana was born on April 18, 1942 to the late Aubrey Borne Sr. and Claire Borne, and was one of ten children. She was a native of Edgard, LA.

Diana attended Second Ward Hig... Read More
Diana was called home to eternal rest on Monday, April 27, 2020. Diana was born on April 18, 1942 to the late Aubrey Borne Sr. and Claire Borne, and was one of ten children. She was a native of Edgard, LA.

Diana attended Second Ward High, where she received her high school diploma. She was later certified in typing and also as a nursing assistant. Diana was employed at East Jefferson Memorial Hospital. During her time there, she helped many of her friends and relatives to gain employment. Diana was seen as a leader amongst many of her co-workers, speaking out on their behalf. She later retired after 30 years of service.

She was united in holy matrimony to the late Jerry John Dumas Sr. of Wallace, LA. From this union three children were born: Jerry John Dumas Jr., Trinell Lanae Dumas and their baby girl Genee Lashawn Dumas. Her husband joined the Airforce, and later studied at Nicholls State University.

Diana enjoyed traveling and sewing. She made a lot of her children’s clothing which were beautifully made. She also had a passion for shopping at various garage sales, where she would purchase items for herself and her family and friends that were in need.

Diana was a very beautiful, loving mother. She took on the role of mother and father after the passing of her husband Jerry John Dumas Sr. We will always be grateful for the experiences, the guidance and love she shared. Although she was a private person, she was very strong, determined and able to defend her position. She was very fashionable in both clothing and interior design. She had a very classy style.

She took care of her family so graciously, and we in turn will honor the legacy she left behind and do the same. She is gone but will never be forgotten.

The Lord gave me a sign that my mother was ok. When I asked him to send me a falling star out of the sky, and he provided it within seconds. So with that, God confirmed to me, her loving son, that she is resting well with Him.

To send flowers to the family or plant a tree in memory of Diana Marie Dumas (Borne), please visit our Heartfelt Sympathies Store.

Receive notifications about information and event scheduling for Diana

We encourage you to share your most beloved memories of Diana here, so that the family and other loved ones can always see it. You can upload cherished photographs, or share your favorite stories, and can even comment on those shared by others.

Posted May 14, 2020 at 11:38am
I worked with Diana "Di" for years on 7E at EJGH, what a wonderful care taker! I knew our patients would be respected and cared for. We shared a faith and she taught me so much, my prayers to her family. Susan Scotton
Comment Share
Share via:
BC

Posted May 14, 2020 at 10:47am
My deepest condolences to Diana’s family. I had the pleasure of working with her at EJ and she was one in a million. She was such a kind and hardworking woman of faith. She was respected and loved by many of us. Surely she is joyous in heaven and will watch over her loved ones🙏🏻 Bernie Cullen,RN
Comment Share
Share via:
SJ

Posted May 13, 2020 at 11:48am
My prayers and condolences goes out to my family on the loss of cousin Diane. She will be greatly missed by all those who knew her for her beautiful smile and personality. Trinell, Jerry and Genee , may God continue to guide you all with love and support to each other through this difficult time.

Posted May 12, 2020 at 09:33pm
My prayers are with the Dumas and Borne family. My cousin Diana was a very vibrant person who loved and enjoyed life. She will be missed. Love, Glenda Allen-Norris
Comment Share
Share via:
E

Posted May 11, 2020 at 08:05pm
RIP Diana. Our condolences to the family, may God comfort you at this time, know that you and your family are in our prayers. From Jean Bachus and family, Evelyn Butler.
Comment Share
Share via: 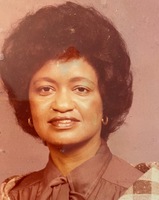