To share your memory on the wall of DeVante\' Turner, sign in using one of the following options:

Provide comfort for the family by sending flowers or planting a tree in memory of DeVante' Turner.

Provide comfort for the family of DeVante' Turner with a meaningful gesture of sympathy.

DeVante’, affectionately known as Vance’ by his family and friends, was the son of David Turner Sr. & Dana Jupiter, fathered by Darrel C. Jupiter Sr.. DeVante’ eagerly accepted Christ at a very young age. On March 14, 2004, Vance’ was baptized by Pastor Ronald Harbin Sr. at Bright Morning Star Baptist Church in Napoleonville, La. As a adult, Vance’ recommitted his life to Christ and remained an active member of St. Paul Baptist Church, under the leadership of Pastor David Gilton until his departure on June 23rd, 2019.

Vance was a 2012 graduate of Assumption High School where he served in ROTC as well as a member of the school band. Employed as a Chemical Handler by SGS Petroleum Services, DeVante’ was preparing to continue his collegiate studies to further advance his promising career. Vance’ was a founding member of the volunteer based social organization, SwaggTeam, where he served as CEO. More recently, DeVante’ was crowned “Mr. Shaka 2019” for the renowned Kwewe of Shaka of Thibodaux, La.

DeVante’s most revered title however, was that of Father. Vance was the proud, doting dad of two beautiful baby boys, Easton Chase and Memphis Haze Turner. Vance’ was also a loving, active Godfather to Alayia Williams and Jade Alexis Talbert.

DeVante’s family would like to sincerely thank everyone for their abundant outpouring of love. It speaks to the spirit and essence of who our Vance’ was. Thank you to Blooming Flowers and Events of Vacherie, La for your commitment to our family. Lastly, we thank Treasures of Life Funeral Services, LLC for honoring DeVante’s wishes and exceeding what we even thought to ask for.


To send flowers to the family or plant a tree in memory of DeVante' Eugene Turner, please visit our Heartfelt Sympathies Store.
Read Less

Receive notifications about information and event scheduling for DeVante' 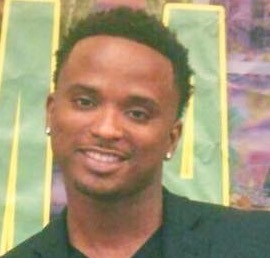 We encourage you to share any memorable photos or stories about DeVante'. All tributes placed on and purchased through this memorial website will remain on in perpetuity for generations.

Love John & Kayla sent flowers to the family of DeVante' Eugene Turner.
Show you care by sending flowers
Hand delivered by a local florist
A

Such a sad and tragic event. My heart burns for you. I’m so sorry for your loss. If this can be comforting to you, just know that he is no longer suffering (Ecclesiastes 9:5) and now he, as well as others who have died, awaits the wonderful resurrection that Jehovah God has promised (Acts 24:15). I hope this message brings you comfort.
Comment | Share Posted Jul 02, 2019 at 01:12pm via Condolence
CJ

So very sorry for the tragic loss of DeVante.
Our earth is full of pain, suffering, and sorrow. Losing a loved one in death was never part of our Grand Creators purpose for humans.It is especially hard for the loss of such a young person as Devante.
God has promised to reunite us with our loved ones and to do away with our greatest enemy death.
Isaiah 25:8: "He will swallow up death forever, and the Sovereign Lord Jehovah will wipe away the tears from all faces. The reproach of his people he will take away from all the earth, for Jehovah himself has spoken it."
Revelation 21: 3,4 promises: "With that I heard a loud voice from the throne say: “Look! The tent of God is with mankind, and he will reside with them, and they will be his people. And God himself will be with them. And he will wipe out every tear from their eyes, and death will be no more, neither will mourning nor outcry nor pain be anymore. The former things have passed away.”
May the hope in these scriptures bring you comfort and strength to endure during this difficult time.
most sincerely
dianne mullins

Praying for my family. Dana I can't even imagine the hurt that you're going through right now my sincere condolences if you ever need anything I'm a phone call away I love you very much and it's hurting me knowing you're hurting I will forever keep you in my prayers
Comment | Share Posted Jun 28, 2019 at 02:19pm via Condolence