To share your memory on the wall of Dartania Johnson, sign in using one of the following options:

He was a native of Reserve, LA (Cornland) and resided in Laplace,LA. He accepted Christ at an early age and was baptized at Beech Grove Baptist Church in Reserve, LA by the late Rev. Wesley Anderson Sr. As a young man, he became a member of Providence No. 2 Baptist Church in Montz, LA, under the leadership of the late Rev. Donald Brown Sr. He was a graduate of East St. John High School in LaPlace, LA (C/O 1991) and from there, he enlisted in the United States Navy. He was employed at Cargill in Reserve, LA for eighteen years as a Control Room Operator. Dart was loved and respected by many for his outgoing, dedicated, full of life personality and was also a Co-Founder of Secret Society, a local organization founded on the roots of service and brotherhood.

Pastors, officers and members of Providence No.2 and Beech Grove Baptist Church, Cargill, St. John the Baptist and Orleans Parish School Systems, Marathon Refinery, DENKA “DuPont”, Orleans Parish Assessors Office ,Tulane University, State Farm Insurance Agency and LaPlace Fair Grounds, Family and Friend's, our family would like to thank you for your warmest prayers, wishes and thoughts. Due to COVID19, the family also ask that you respect governmental guidelines.

Receive notifications about information and event scheduling for Dartania

There are no events scheduled. You can still show your support by sending flowers directly to the family, or planting a memorial tree in memory of Dartania Margen Johnson.
Plant a Tree

We encourage you to share your most beloved memories of Dartania here, so that the family and other loved ones can always see it. You can upload cherished photographs, or share your favorite stories, and can even comment on those shared by others.

Posted Apr 17, 2020 at 03:13am
So hard to hear this news but my prayers and condolences go out to all of your family. It’s been quite a while since we connected but just know you always held a special place in my heart. Get your rest friend and we’ll see you on the flip side. God Bless and Rest In Peace🙏
Comment Share
Share via:

Posted Apr 14, 2020 at 02:35pm
It’s been a couple days since I heard the news and it still is hard to believe. I’m glad we got to spend time with you a couple years ago. It was good to hear your laugh and see that big smile. You will be missed dearly by your navy family. Gone way too soon brother! May you Rest In Peace. Prayers for your daughter and Vionne. May God Bless you always.
Comment Share
Share via:
S

Posted Apr 11, 2020 at 06:16pm
May you rest in piece Dart and condolences to your family. I served with Dart in the US Navy and as a plane captain, Dart always had a style and coolness factor that we all enjoyed. He always brought smiles to everyone’s face and cared for others in need. I am honored to have served with him and will always continue to honor him as he is laid to rest.
Comment Share
Share via:
HL

Posted Apr 11, 2020 at 03:21am
You will forever be missed . Especially by Joey he is still in disbelief. Dart you will be missed by
always treated me like a sister. You will forever hold a special place in our heart. Get your rest
Comment Share
Share via: 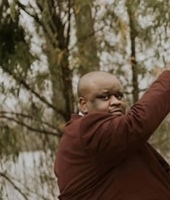 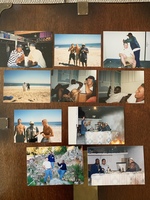 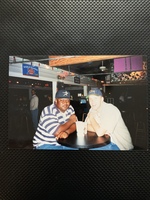