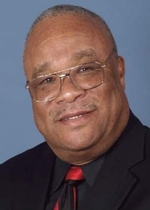 On Saturday, June 1st, 2019 at Kaiser Hospital, Daniel Bethancourt, Jr, 67, of Vallejo, CA, took his wings and transitioned to his eternal resting place.

Daniel Bethancourt, Jr was born in New Orleans, La to the late Daniel and Margarite Bethancourt on November 13, 1951. He was the second child born to this union. He was the oldest of seven (7) brothers. He was baptized at an early age by the Late Rev. W. Grant at Woodville Baptist Church. Daniel Jr graduated from Edgar High School in 1969 and later attended Southern University and A&M College in Baton Rouge, La.

Daniel Jr worked in the financial business for many years. He would eventually open 2 Allstate Insurance Agencies in California where recently retired from in 2017.