To share your memory on the wall of Cornell Charles, sign in using one of the following options:

Print
Cornell Lamar (Dickey) Charles, 51, of New Orleans, passed away, Tuesday March 24, 2020 in Ocshner Hospital. At this time, only private family services will be held.

Cornell was born June 23, 1968 in New Orleans, La to Catherine Butler a... Read More
Cornell Lamar (Dickey) Charles, 51, of New Orleans, passed away, Tuesday March 24, 2020 in Ocshner Hospital. At this time, only private family services will be held.

Cornell was born June 23, 1968 in New Orleans, La to Catherine Butler and Frank Charles. Cornell was the eldest of two boys. He was educated in the Orleans Parish School System and graduated from Alcee Fortier Senior High School in 1986. He furthered his education by attending Dillard University.

Cornell worked several jobs simultaneously to ensure the financial securement of his family. He was employed by GE Healthcare for 20 years. He worked for the New Orleans Recreation Department (NORD) for over 30 years and he was also employed by the Lusher Charter School System as part of the coaching staff for 13 ½ years.

He married Nicole in 1993 and was the loving father of Le’Treion and Bethaney. Cornell and Nicole were lovingly married for 27 years but was together for 30 years. He loved Nicole with everything in him and she loved him with everything in her. He so often told Nicole how much he loved her. Cornell will be forever etched in her heart- NEVER to be replaced or removed. Nicole was the fragrance of his life, but his daughters and granddaughter were the sunlight of his days. His wife, daughters, and granddaughter gave him a purpose for setting and striving to be an exemplary example of what “real fathers/real men” look like. Most men have one apple of their eye, but Cornell had four.

Cornell was very involved in the community. Cornell has been a part of the Zulu Governor’s Krewe since 2004 where he served as the illustrious Charge D’Affaire since 2005. He became an official member of the Zulu Social Aid and Pleasure Club in September 2009.

Cornell was very vibrant and always the Life of the Party at every event. He was renowned for his cooking and seafood boiling skills. Cornell loved vacationing, socializing and spending quality time with family and friends. Always welcoming, Cornell faithfully held Sunday dinner at his home every Sunday. Both family and friends were always welcome without an invite. He truly enjoyed cooking, most times extra spicy, and eager to have you gloat on his food. His favorite gospel song was “I shall wear a crown.” His favorite motto was “Do It Big or Don’t Do It at All!” To some of his family and friends he was also known as the “Tax Man” because if you played on his football pool, he would hound you like the IRS for his payments. His pure heart and charming personality will be greatly missed.

Cornell was a positive mentor to everyone he met, especially the youth. His passion was coaching which allowed him to reach hundreds of the youth of New Orleans.

Memorial contributions in his name may be directed to the family.

To send flowers to the family or plant a tree in memory of Cornell Lamar Charles, please visit our Heartfelt Sympathies Store.

Receive notifications about information and event scheduling for Cornell

We encourage you to share your most beloved memories of Cornell here, so that the family and other loved ones can always see it. You can upload cherished photographs, or share your favorite stories, and can even comment on those shared by others.

Posted Apr 01, 2020 at 09:54am
My deepest condolences to my sister Nicole and family. May God continue to strengthen and comfort you. Continual prayers for you and your family. I love you sister 🙏🏾😘
Comment Share
Share via:
W

Posted Mar 31, 2020 at 08:51pm
Man man man where do I begin. For the last 17 years I can truly say I found a friend in you. From all the morning 6:30 am talks and laughs I am missing them like crazy. Take your rest brother your work down here is done. As much as we need you down here with us the lord had bigger plans and needed another strong soldier in his army. To Nicole and family hold on to God unchanging hands. The God that we know and love never makes mistakes and he will be right by your side every step of the way. No more pain no more suffering I will forever love you Dickey and thanks for being my friend ,, my big brother and the incredible man you were doing for the kids in this city. Rest Easy take your rest until we meet again Love Will Governor 2012. 😢💪🏿💔💔 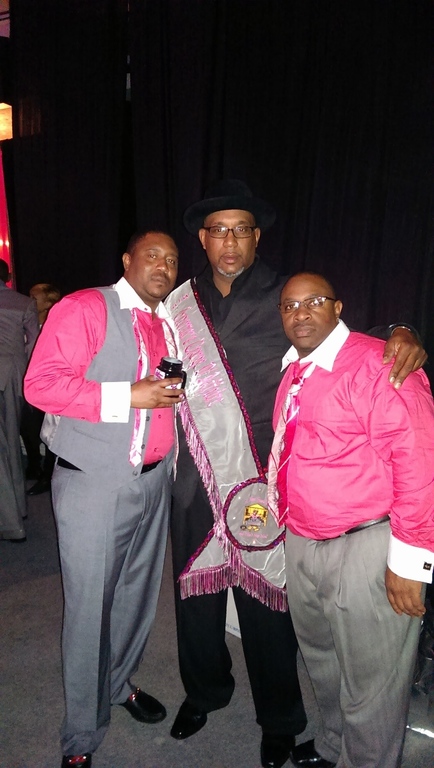 Irene Hickman My prayers are with you and your family 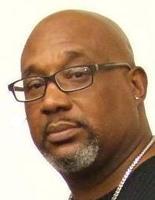