To share your memory on the wall of Clarence Simoneaux, sign in using one of the following options:

Clarence’s faith in God was formed at a young age. He was baptized by the late Rev. F. Alexander. Clarence worked at Avondale shipyard as a sandblaster/painter for over 20 years until he moved to Dallas, Texas. There he became a custodian for the Richardson ISD School System. He remained employed there for 15 years, then he retired and moved back to Louisiana with his sister, Norma Lee. Dickie was a loving and caring man that loved sports. He did not have a favorite team because he watched every sport that came on TV. He loved arguing with his nephews about who he thought would win the games. Dickie was a great babysitter too. He spoiled all his nieces and nephews and their children as well. He will be missed as the trash-talking, loud-mouth, swearing about everything, loving man he was. Dickie told you right from wrong and made sure you heard him too. He could be heard from a mile away.

He was preceded in death by his parents Clarence (Buddy) Simoneaux, Sr. and Amelia Stewart Simoneaux, his brother Sherman Simoneaux, and his sister Rose Mary Gordon.

He will surely be missed by everyone he crossed paths with.

There will be a memorial service for all to attend at a later date after the pandemic passes.

To send flowers to the family or plant a tree in memory of Clarence Simoneaux Jr., please visit our Heartfelt Sympathies Store.

Receive notifications about information and event scheduling for Clarence

We encourage you to share your most beloved memories of Clarence here, so that the family and other loved ones can always see it. You can upload cherished photographs, or share your favorite stories, and can even comment on those shared by others. 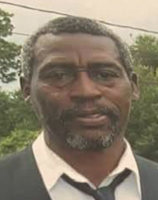