To share your memory on the wall of Christina Davis, sign in using one of the following options:

Christina accepted Jesus Christ as her personal Lord and Savior, at the age of 11. She was baptized by the late Rev. Paul Roussell at True Light Baptist Church. Ironically, she entered eternal life on the same day she was baptized 61 years ago.

In August of 1965, with the support of her parents, Christina decided to attend Leon Godchaux High. She became the first black student to attend an all-white school. She graduated as Salutatorian of her class in May of 1966. After graduating high school, she went to Brooklyn College.

Christina returned to Reserve, where she became employed by the Veterans Administration Office in New Orleans. After 30 years of employment, she retired on January 3rd, 1998.

Following her husband’s footsteps, Christina became a member of Plymouth Rock Baptist church in November 1978. She worked in the office with Leroy D. Williams and continued to serve until the time her death.

To send flowers to the family or plant a tree in memory of Christina Marie "Chris" Davis, please visit our Heartfelt Sympathies Store.

Receive notifications about information and event scheduling for Christina

We encourage you to share your most beloved memories of Christina here, so that the family and other loved ones can always see it. You can upload cherished photographs, or share your favorite stories, and can even comment on those shared by others. 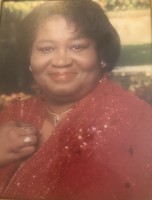