To share your memory on the wall of Charles Bazile, sign in using one of the following options:

Provide comfort for the family by sending flowers or planting a tree in memory of Charles Bazile.

Provide comfort for the family of Charles Bazile with a meaningful gesture of sympathy.

Eighty-seven years, eight months, 1 week, 1 day ago God ordained the birth of Joseph Charles in the town of Logan, Louisiana. He would answer to the name Charles, and sometimes to (“Piece... Read More
The Life & Legacy of Charles Joseph Bazile, Sr.

Eighty-seven years, eight months, 1 week, 1 day ago God ordained the birth of Joseph Charles in the town of Logan, Louisiana. He would answer to the name Charles, and sometimes to (“Piece a Bread,” “The Best I Know,” “Catch a Grip,” Mr. B.,” “Mr. Roger, “Old Soldier,” “Mr. Clean,” or “Chef Charley B.”.) He was the fourth born of Joseph & Puliska Fobb-Bazile.

Charles was reared in the close-knit community best known as “Moonshine.” He began his formal education in the segregated school, Colonial Elementary. In the year 1951, November 6 at the age of nineteen, he was inducted into the Armed Forces of the United States. On June 6, 1952, because of his courage, integrity, and endurance he was rewarded with an Honorable Discharge. Upon returning home, he dedicated twenty years of services to Avondale Shipyard before retiring.

Charles enjoyed the sport of hunting, and as he would let everyone know, he was the “Founder” of the Westside Hunting Club in 1956. He was also a Mason of the Magnolia Lodge #2.
Charles was known by many for his excellent artwork in the kitchen. The memory of his cooking to everybody, but especially his grandchildren is a blessing.

Charles found “true oneness” in marriage as ordained by God when he vowed to love honor and share his life with Ora Belle Williams. They were married in the coziness of her parents’ home by the late Rev. Dennis Johnson on Saturday, June 6, 1979. He was blessed with her trust, devotion and gentleness for forty years, ten months, and one week.

Charles took hold of God’s hand in June 1973 upon his confessed belief in the Lord and Savior Jesus Christ. He was baptized according to his faith by the late Rev. James Trench at Highway Baptist Church, Vacherie, Louisiana. He later became a member of King Solomon Baptist Church Lutcher, La on Sunday April 10, 2016 under the leadership of Rev. Benjamin Scott and until his death under Pastor Rowdy Scott, Sr.

On Sunday, April 12, 2020 approximately 1 o’clock in the evening, Charles was ready to depart his earthly body. “He knew that the time of his death was at hand; he had fought a good fight; he had finished the race; he had remained faithful; so he reached for the prize which awaited him……the crown of righteousness, which the Lord the righteous Judge, shall give him on the that day (11 Timothy 4: 6-8)

To send flowers to the family or plant a tree in memory of Charles Joseph "Piece a Bread" Bazile Sr., please visit our Heartfelt Sympathies Store.
Read Less

Receive notifications about information and event scheduling for Charles 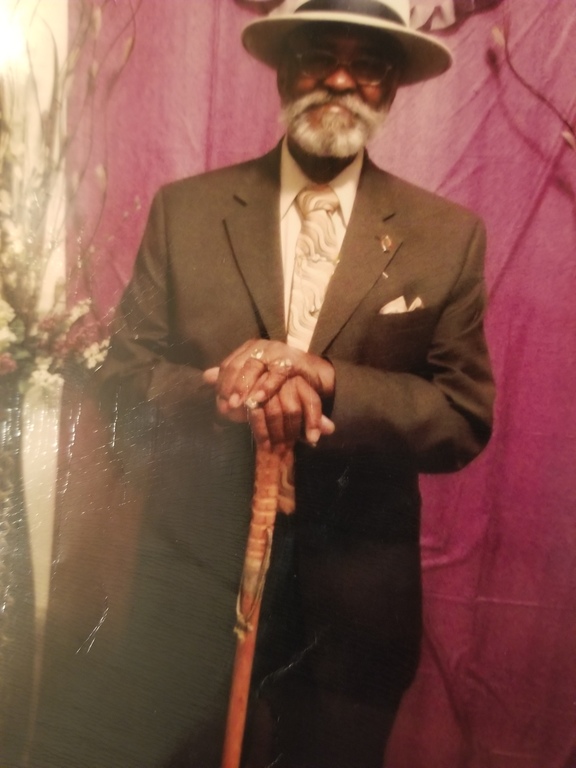 We encourage you to share any memorable photos or stories about Charles. All tributes placed on and purchased through this memorial website will remain on in perpetuity for generations.

God bless you family during this trying time 🙏 🙏. May your cherished memories linger.
Comment | Share Posted Apr 18, 2020 at 12:05am via Condolence
AC


Atwood R. Coleman
Our deepest and heartfelt sympathies to the Bazile family in this time of need. Our prayers are with you, hoping that they will bring you strength and comfort. May God rest his soul.

I have personally and professionally known Charles and the Bazile family since the early 1970's, and that has been a true blessing for me. Each and every family member is an outstanding, kind and honest person.
Charles and his brothers were their own person, each being a real character!
I will miss seeing Charles, with his cowboy hat, cowboy boots and his ear-to-ear smile.
I'm sure his passing was as beautiful as was his life.
Mayer Finkelstein, 617-901-6444
Comment | Share Posted Apr 17, 2020 at 12:58pm via Condolence