To share your memory on the wall of Carmen Baloney, sign in using one of the following options:

Provide comfort for the family by sending flowers or planting a tree in memory of Carmen Baloney.

Provide comfort for the family of Carmen Baloney with a meaningful gesture of sympathy.

Carmen’s life was devoted to caring for others, whether as an EMT or Funeral Director, but especially her own loved ones whom she showered and often times spoiled until they didn’t want to return back to their parents, especially Markus and Malik Baloney. Many road trips, party functions, and daily lessons of shopping were some of the most talked about subjects while in the company of Carmen. Her infectious smile was something that predominated her character. While we all have bad days, Carmen just seemed to embrace times like that and persevered through with a positive spirit.

As often as she was seen on funeral services and on the ambulance with her brother, Carmen still found time to raise her nieces and nephews, even with the birth of her own son, Coi Baloney. Carmen was also accompanied in the funeral profession with her sister-in-law and close friend, Shelia G. Baloney, whom people referred to as “Dem Girls” on funerals and in the public setting.

After the passing of Earl, Sr. and Jr., Carmen gladly embraced the role as General Manager of Earl Baloney & Sons Mortuary, later renamed The Baloney Funeral Home, where her brother Carl, Sr., Shelia, and nephews Malik, Markus, and Courtney Baloney all worked. She later moved from her position to care for her mother, Ophelia Baloney, until the time of her passing, making her the new matriarch of the Baloney Family Legacy. While not just a socialite in the community, she also served the community through the St. John Parish Planning and Zoning. She was the social fabric that glued families together, especially her own. During her mother’s sickness she was touched with the culinary hands of her mother and gladly accepted the role of Ophelia Baloney “Greatest Cook in the World”. She would often prepare large dishes and ship to relatives afar and near and even the sick and homeless.

A pure heart of gold and character of greatness in her right of passion and comfort was a gift from God. During the later years, as The Baloney Family Legacy evolved, she joined her nephew, Courtney G. Baloney in the third generation of excellence within the funeral profession with the opening of Treasures of Life Center for Life Funeral Services in Gramercy, LA, where she was employed until the time of her passing. Within the last eight years she found herself again raising her loved one’s kids with the addition of her baby sister, Alona McDowell, two sons, Conner and Cole, whom she took pride in caring for, just like the rest of her nieces and nephews who were spoiled previously. It was not until the birth of her grandchild when she really could say she was “Nana” and she showed it to the world when baby boy Mason Avery Baloney was born.

Friends of the community along with a special invitation to St. John Parish Planning and Zoning, Dillard University Alumni, Edgard Class of ’72, St. Augustine High School Booster Club and Alumni, are invited to a public viewing on Sunday, July 14, 2019 at First Community Antioch Baptist Church, 10860 LA-3125, Lutcher, LA 70071 from 3:00pm – 6:00pm. There will be a celebration of her wonderful life on Monday, July 15, 2019 at St. John the Baptist Parish Community Center, 2900 US-51, Laplace, LA 70068. Viewing begins at 8:00am followed by service at 11:00am. Pastor Oscar R. Nelson, officiating. Treasures of Life Funeral Services are entrusted with her final care, with the assistance of Williams and Southall Funeral Home, Robottom Mortuary, Hobson Brown Mortuary, Professional Funeral Services, Davis Mortuary, MJR Family and Friendly Funeral Services and Heritage Funeral Directors.


To send flowers to the family or plant a tree in memory of Carmen Marie Baloney, please visit our Heartfelt Sympathies Store.
Read Less

Receive notifications about information and event scheduling for Carmen 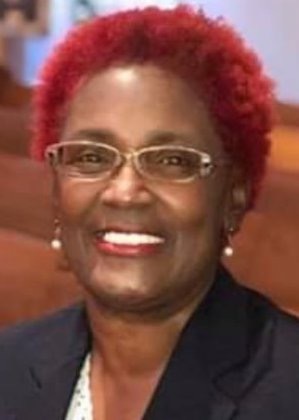 We encourage you to share any memorable photos or stories about Carmen. All tributes placed on and purchased through this memorial website will remain on in perpetuity for generations.

Carmen had such a sweet spirit. Always positive, always uplifting. She was such an inspiration to be around. She will be dearly missed.
Comment | Share Posted Jul 21, 2019 at 10:05pm via Condolence
SS

I express my most heartfelt condolences to the Baloney family.Carmen was definitely an outstanding and respected person in the entire St. John Parish. She will be missed. My prayer is that God will continue to strengthen you so that you will remember only the good times. God bless you. Susan Vampran Simon
Comment | Share Posted Jul 15, 2019 at 07:38pm via Condolence
GM

We are praying for that entire family and friends during this time of bereavement.
Comment | Share Posted Jul 15, 2019 at 06:09pm via Condolence
T

May the peace of God be with you, as you celebrate Carmen’s life. This (edited) picture of Carmen was taken on July 4, 1964, the day of my sisters and I baptism.

Our prayers are with you in your time of grief. May your memories bring you comfort.
Comment | Share Posted Jul 14, 2019 at 02:49pm via Condolence