To share your memory on the wall of Bill Champagne, sign in using one of the following options:

Provide comfort for the family by sending flowers or planting a tree in memory of Bill Champagne.

Provide comfort for the family of Bill Champagne with a meaningful gesture of sympathy.

“The Lord is my shepherd; I shall not want. He maketh me to lie down in green pastures: he leadeth me beside the still waters." Psalm 23: 1-2

On Tuesday, February 18, 2020, Bill Champagne heard a voice saying come take your rest, you... Read More
“The Lord is my shepherd; I shall not want. He maketh me to lie down in green pastures: he leadeth me beside the still waters." Psalm 23: 1-2

On Tuesday, February 18, 2020, Bill Champagne heard a voice saying come take your rest, your job on earth is done. He was 75 years old.

Bill was the eldest child born to Mable Carter. He was raised on Bessie K with his younger brother, later on Bill and his family moved to Baytree. Bill was married to Ethyl Mae Isom for 45 years. He was a hard worker for Graugnard Farm for many years.

Bill is preceded in death by his mother Mable Carter, stepfather Eunice Carter, Sr., his father-in-law and mother-in-law, aunts, uncles and cousins.

To send flowers to the family or plant a tree in memory of Bill Joseph Champagne, please visit our Heartfelt Sympathies Store.
Read Less

Receive notifications about information and event scheduling for Bill 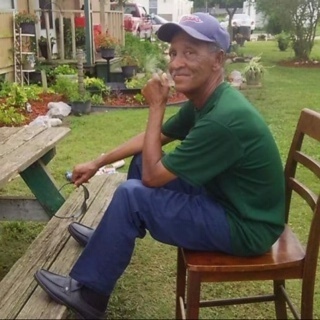 We encourage you to share any memorable photos or stories about Bill. All tributes placed on and purchased through this memorial website will remain on in perpetuity for generations.