To share your memory on the wall of Barry Melancon, sign in using one of the following options:

Provide comfort for the family by sending flowers or planting a tree in memory of Barry Melancon.

Provide comfort for the family of Barry Melancon with a meaningful gesture of sympathy.

Barry Joseph Melancon, 58, of Vacherie, entered eternal life on Sunday, April 5, 2020 at his home surrounded by his wife, care providers, and family.

Barry was born on December 22, 1961 in New Orleans, LA to Joseph and Flavia Nash Melan... Read More
Barry Joseph Melancon, 58, of Vacherie, entered eternal life on Sunday, April 5, 2020 at his home surrounded by his wife, care providers, and family.

Barry was born on December 22, 1961 in New Orleans, LA to Joseph and Flavia Nash Melancon. Barry was the youngest of 12 children.

He was educated in the St. James Parish School System and graduated from St. James High School in 1979, furthering his education at Baton Rouge Vocational Technical Institute.

Barry relied heavily on his wife who provided ample physical and moral support. He continued the legacy of his father through fishing and hunting. He especially loved fishing with his brothers and hunting with his sons and nephews. He continued the legacy of his mother through cooking and fellowshipping with family and friends. He made daily visits to his sister’s and brothers’ homes to partake in their home-cooked meals. He loved visiting his daughter and was deeply affectionate with his grandchildren. His love for the people in his life was apparent through his routine actions of visiting them to talk and enjoy a meal. If he saw you while driving in his truck, he would either wave then or tell you about it later. Barry worked several jobs but was known as the “insurance man” when he worked for Union National Insurance Company winning many awards and trips. He was widely known by many, and was often more knowledgeable of community affairs than the newspaper. Barry was a family man. You could always count on him to show up first to your event and offer his superb taste testing skills free of charge. He had an impressive ability to pay attention to detail, and often commented on any changes he noticed as a way to let his family and friends know that he cared and was thinking about them. As the youngest of his family, he had a good relationship with his nieces and nephews that many would describe as being comparable to the relationship siblings share. He took great pride in maintaining the “boucherie,” a family tradition which he hosted last month. Even though he had recently been discharged from the hospital, he still took it upon himself to bring everyone together for this great event filled with food, family and fun. Barry was loved, and has left a lasting impression on all of us.

To send flowers to the family or plant a tree in memory of Barry Joseph Melancon, please visit our Heartfelt Sympathies Store.
Read Less

Receive notifications about information and event scheduling for Barry 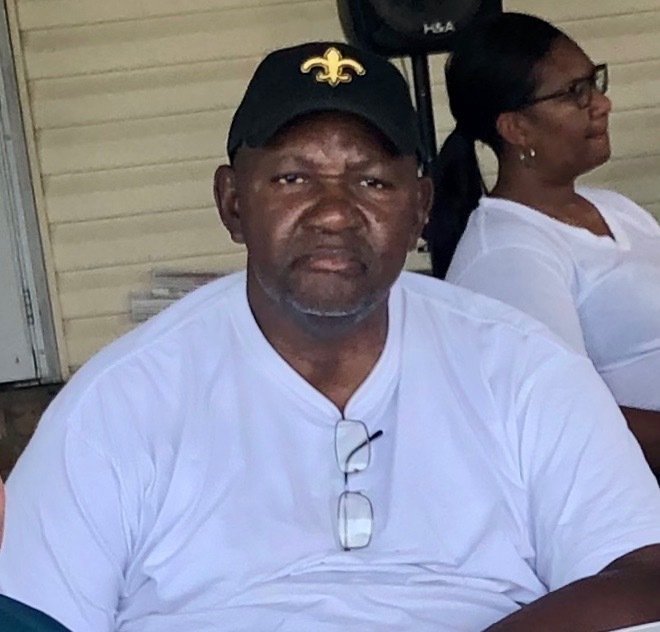 We encourage you to share any memorable photos or stories about Barry. All tributes placed on and purchased through this memorial website will remain on in perpetuity for generations.

You'll have our deepest sympathy keep God in the lead an he will see uall thru Sybil Treaudo an family from New Orleans
Comment | Share Posted Apr 14, 2020 at 01:39am via Condolence
C

Family
Sorry for your Barry was like a big brother to me we grew up in Baytree. He will be missed.
Carlatta Cole Jones
Gonzales.LA
Comment | Share Posted Apr 09, 2020 at 06:25pm via Condolence
C

Rest in paradise Barry you will be missed keeping the family in my prayers
Comment | Share Posted Apr 09, 2020 at 02:33pm via Condolence