To share your memory on the wall of Alexis Nelson, sign in using one of the following options:

Alexis, affectionately known as Lexi by her family and friends, was the daughter of Pastor Oscar R. Nelson, Kenyatie A. Nelson and Darnetta Mahaffy Nelson (Bernaudret). Alexis accepted Christ at the tender age of 3 years old and was baptized by her father, Pastor Oscar R. Nelson at St. Mark Baptist Church in Mt Airy, La. Alexis was a very courageous young lady who enjoyed playing baseball. Her favorite team to travel extensively with was the Playmaker’s, but no matter the team, her heart was into baseball. She had a beautiful voice and loved singing, “Now behold the Lamb”. Alexis was a graduate of Luther High School class of 2010. She obtained a B.S. in Finance from the University of Louisiana at Monroe in 2014. She was a member of Sigma Gamma Rho, Inc.

She is preceded in death by her grandparents, Janetta Alexis Nelson, Marcel Nelson, Sr., Rosie McCray Mahaffy, and Mack Mahaffy, Jr., and her aunt Laconia Gordon

“When someone you love becomes a memory, that memory becomes a TREASURE

We encourage you to share your most beloved memories of Alexis here, so that the family and other loved ones can always see it. You can upload cherished photographs, or share your favorite stories, and can even comment on those shared by others.

Posted Sep 25, 2019 at 01:14am
Growing up in Mt. Airy, St. Mark Church, Garyville Magnet, ESJH, Playmakers. You always wanted me to come back & play ball but I told you I had to let it go. Every time I saw you, you was smiling. Screamed my name at the reception & squeezed me...Amy. Forever Mt.Airy/Playmaker. I pray the softball I left you remains there. I love you Lex ❤️
Comment Share
Share via:
SP

Posted Sep 24, 2019 at 01:09pm
To the family and friends of Alexis we offer our deepest condolences and prayers that the Lord provides you comfort.

Sarah and Dennis Purdin purchased flowers for the family of Alexis Nelson.

Posted Sep 24, 2019 at 01:27am
My heart is with you Ms. Darnetta and Pastor, Oscar Nelson and family in your time of sorrow. She will be missed! Peace, Love, and Blessings!

Posted Sep 23, 2019 at 06:00pm
Many friends come into our lives, but only a few leave with their footprints on our hearts. Prayers for strength for all. Love you cuz Trisha & Devon

Ebony Brown purchased flowers for the family of Alexis Nelson.

Posted Sep 23, 2019 at 04:09pm
Alexis take your rest and now your in Heaven with God. You are gone too soon but God always takes the best. You will be missed by everyone who knew and loved you . God has prepared a home for you in Heaven.Amen
Comment Share
Share via: 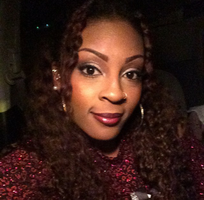 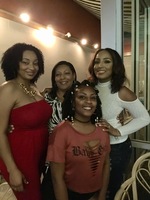 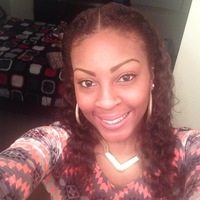 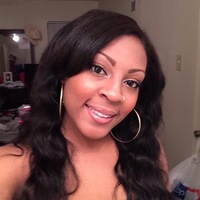